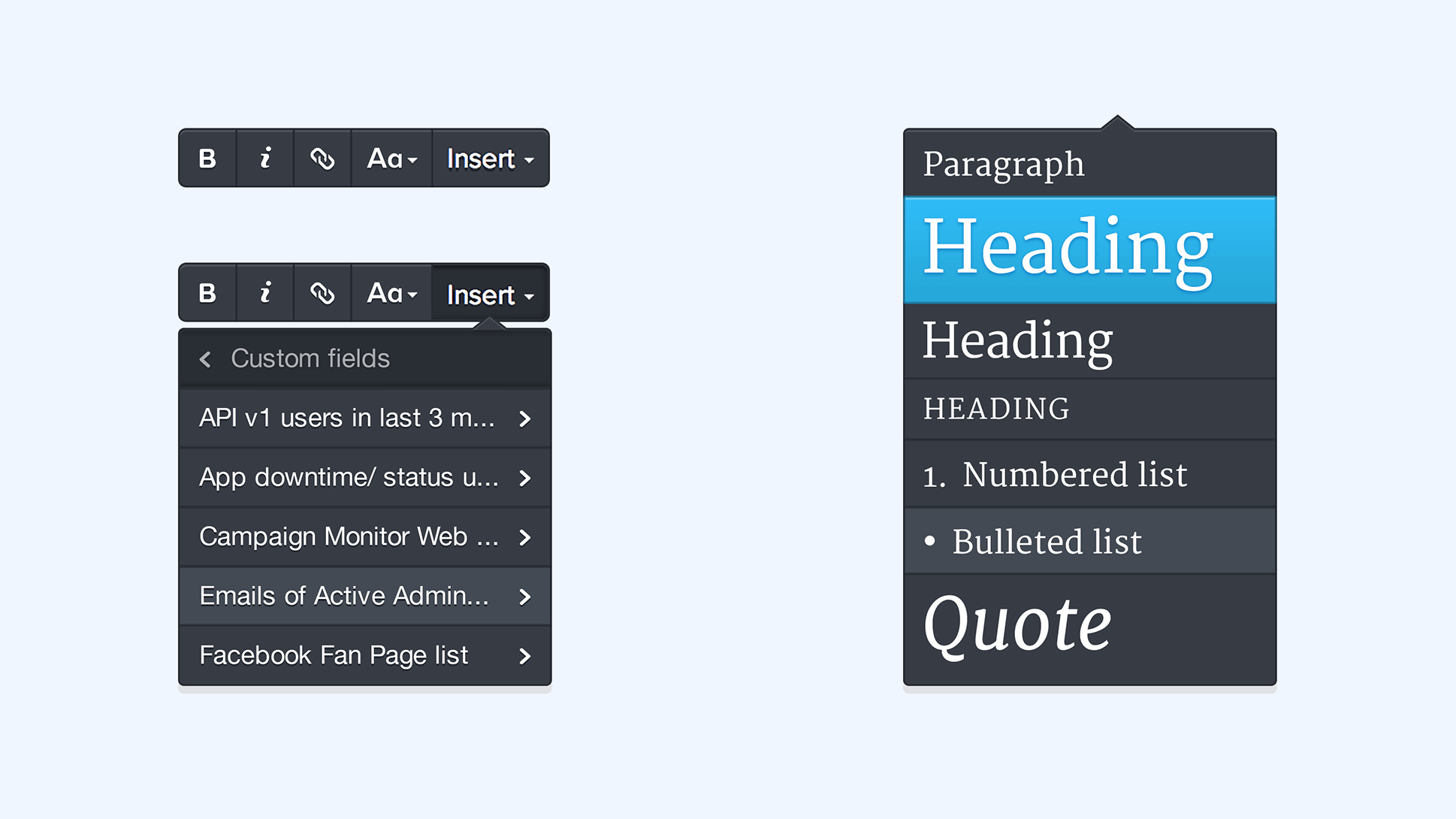 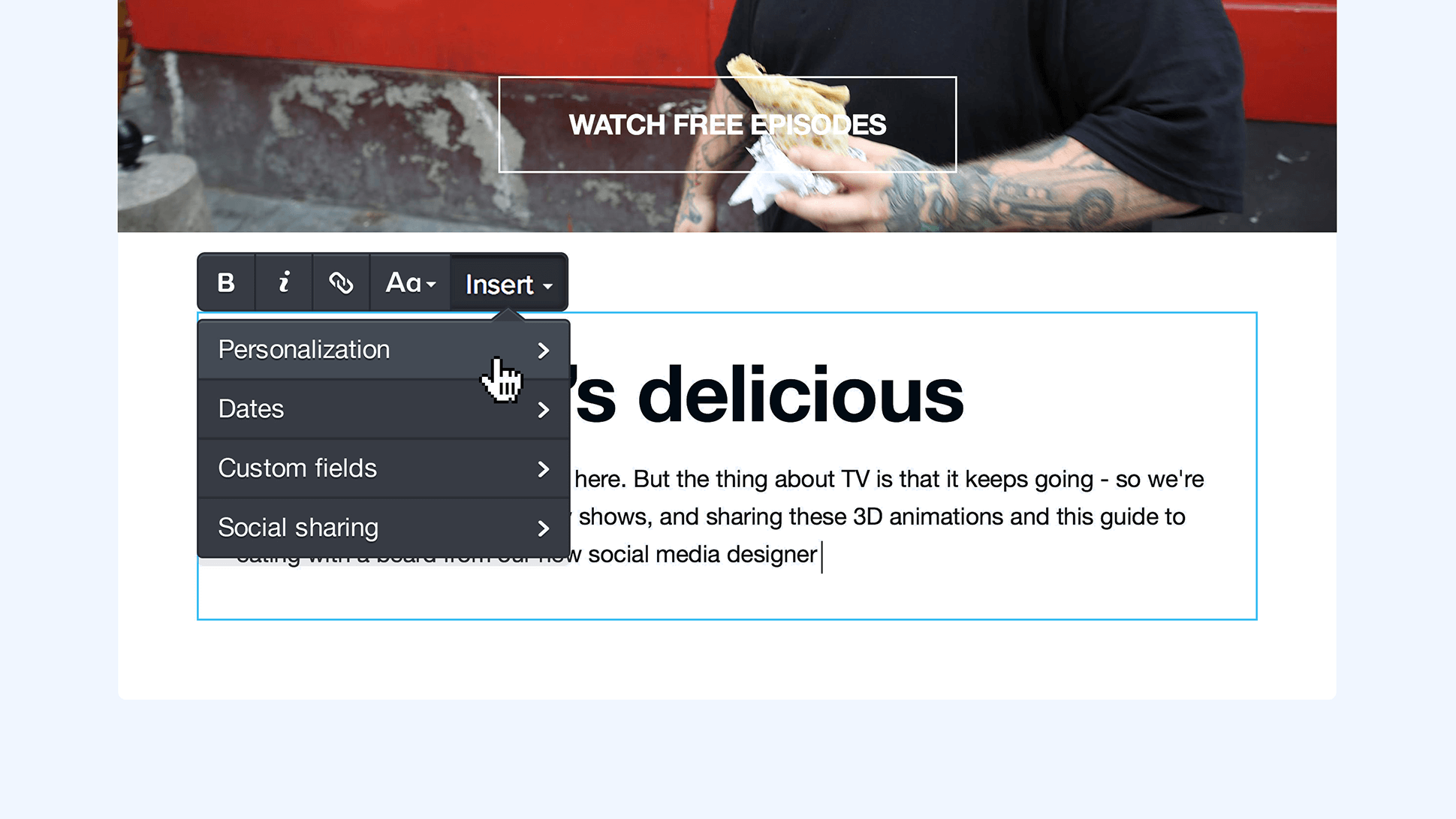 Campaign Monitor's email builder, formerly known as Canvas, was a revolutionary product that made it simple for users to design and create emails; no code required. I worked with the product team to design the inline editor’s UI that allowed users to add, edit and customize content for their email campaigns.

We wanted to offer a true WYSIWYG (what you see is what you get) formatting tool, along with rich customisations that would allow users to make their content personal. To get this right, we went through numerous iterations of sketches, prototypes, and visuals to nail the right experience for the builder environment, taking cues from native applications and existing editors.

The final version of the editor could give the user visual cues when formatting their content, as well as multiple levels of customisation controls within an inline dialog.

You can read more about the process ↗ behind the entire project on the Campaign Monitor blog.